The Nigerian government has reduced petrol price from N145 to N125 following the crash of oil.

The price of petrol has dropped to N125 from N145 following an approval given by President Muhammadu Buhari.

The decision was taken after a presentation by the Minister of State, Petroleum, Mr Timipre Sylva to the Federal Executive Council on Wednesday.

Nigerian government and the Nigerian National Petroleum Corporation confirmed the new price of N125 per litre on Twitter. 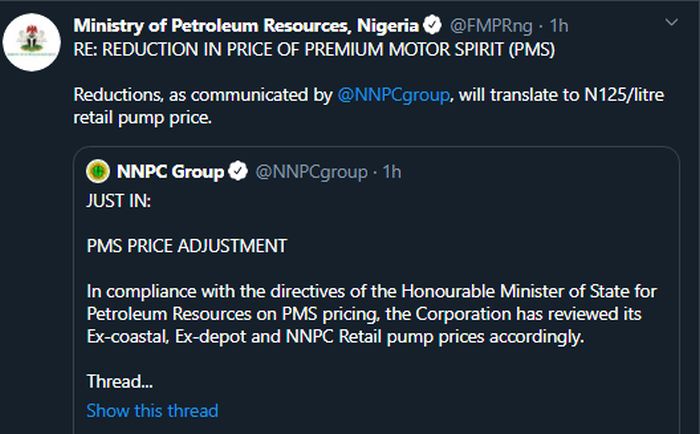 The reduction in price will take place from tomorrow.

It was learnt the reduction in petrol price became relevant following the crash in crude oil price due to the spread of Coronavirus.

Oil sells for about $29 per barrel, dropping from about $60 in December.

Sylva had hinted last week that the government was consulting on whether to cut the pump price of petrol and would come up with a decision soon.

This is definately a good news.