[VIDEO]: “I Own Flyboy Inc Not Kizz Daniel”- Barry Jhay 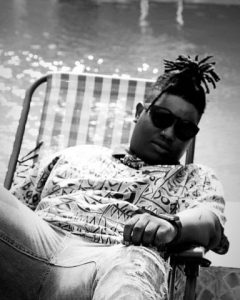 Recall, Kizz Daniel reportedly signed his first act who happens to be Barry Jhay, to his label, Flyboy Inc. However, the talented singer has since left as he is now signed to his friend’s label, Cash Nation Records.

Barry Jhay opened up in an interview with media personality, D2tun on June 24, 2019, to discuss the label situation. The singer praised Nigerian superstar, Davido claiming that he rescued him from a bad deal he signed with Kizz Daniel’s record company, Flyboy Inc three years ago. He also that said he loves and respects Davido, because he did everything he could to help him get out of the deal. Sadly, the deal ended without Barry releasing any song on the label and he blamed Kizz Daniel for that.

“Kizz Daniel is a time waster, i was the first artiste he signed on his flyboy record label 3years ago, and he did not allow me to release one single song for years killing my musical career, i then outsmarted him, after i found out that the contract he gave me was illegal as he had not even legally registered his FlyBoy record label officially, so i went behind him and used my own money to register the label and that was how I was able to leave Him, so technically i currently own the Flyboy Company and i am Kizz Daniels Boss, but Kizz Daniel if you want your Flyboy Record Label Documents Come Get It BOY”